No-one can see in to the future, but that doesn’t stop any of us pondering what trends the coming year may bring. 2014 was no different, with predictions for the food industry made left, right and centre at the end of 2013.

Looking back, I’m not sure the Guardian’s suggestions of insect bars, kale lollies or 3D-printed food have gained much traction, but perhaps I move in the wrong circles.

However, I can see that championing locally sourced food was bang-on. I also agree we’ve seen an increase in better quality comfort foods, such as pizza and chicken wings. These elements combined have added fuel to the fire of street food outlets. Our love of pulled pork, noodles and curry dominated festivals and made markets more attractive throughout 2014.

Back indoors, trendier bars have been trying to get in on the action of the booming craft beer scene with beer cocktails. (Not usually a personal favourite, but Timberyard do one with gin that’s spectacular.) In 2015 we should expect more fusion and exotically flavoured beers, mostly made by micro-producers.

Next year we should also be on the lookout for better snacks, as consumers are expected to reach for higher quality nibbles with more exciting flavours. (I recommend spicy, crunchy Indian snack Karkli.) Food packaging is set to change too, with labels giving more prominence to origin and ingredients being more clearly described. 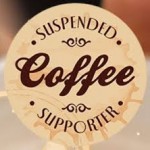 But what about Union of Genius? Well, we had a few trends of our own in 2014. For one, our suspended coffee scheme really took off. Plenty of donations from our wonderful customers were gratefully redeemed by our new homeless friends, James, Loraine, Sandy and Marvin. We’d love to see this continue in 2015.

Soupwise, Celtic Kelpie, one of our new recipes, became our most asked-for soup. A combination of chicken, kale, almonds and a sprinkle of dulse seaweed, it was something to savour in all seasons. Meanwhile, over at George Square queues formed at our van, as regulars clamoured to get their daily dose of our epic vegan chilli.

Our customers’ appetites kept the kitchen busy and we became proud owners of ever-bigger saucepans – we’re now up to 50 litres. If there’s ever a soupy flood, I shall be using one of them as my own personal Ark.

Beyond the walls of the cafe and kitchen, Elaine and Bruce couldn’t get enough of the Roamin’ Nose on Eyre Place, whilst a number of the Union gang became stalwarts at fab monthly foodie get together, Scran Salon.

So what will be the

Elaine is very excited that Edinburgh will soon be home to a new cat cafe. On the outside, it’s a regular cafe, but on the inside furry purring beasts roam about. You can pet and play with the felines as you sip your coffee. It’s an acquired taste, you might say.

2015 is also officially The Year of Food and Drink in Scotland. Each month has been assigned a theme with January named ‘Traditional Foods’ month. Our Cock-a-leekie and Just Good Lentil soups will fit in perfectly then, so we look forward to the challenges of March (‘brewing and distilling’) and June (‘the future of food’). Watch this space…

To all our customers and fans, we thank you for your support this year and wish you a lovely Christmas and a Happy New Year. Union of Genius cafe and van are closed from December 20th to January 4th. See you next year!

Amy and the Union of Genius team.