2015 is the Year of Food and Drink in Scotland and each month is themed. I was surprised when I learnt that January’s theme was ‘traditions.’ Focussing on the past rather than new beginnings seemed an odd way to kick off an exciting year, as I hadalways thought of tradition as something archaic, quaint and set in its ways. 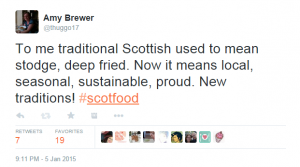 But then I caught myself off guard. I was participating in a Twitter chat, #ScotFood, where foodie enthusiasts discuss questions on a theme. We were asked, ‘What does traditional Scottish food mean to you?’ I suddenly realised I actually thought traditions are capable of being fluid and dynamic:

Really, that’s what’s great about traditions. They’re not simply static rituals, confined to one narrow definition or purpose by repetition. Instead, traditions are more like language: they evolve depending on who’s using them and why. And this is particularly true of traditional foods.

Think of a recipe, passed on to you by a pal or parent. However much you love the way they make it, you’ve probably adapted it to your own tastes. But that doesn’t diminish the overall essence of the dish – it adds to its heritage.

Look at soup. Almost every country and culture has a soup they view as their own, such as our Scotch Broth, New York Chicken Noodle, Thai Tom Yum or Russian Borscht. The simple concept of veg and stock in water is the tradition, but it’s been adapted to suit local tastes across the globe. When a soup becomes a curry, or vice versa, it’s that variation which leads to a new tradition being born. 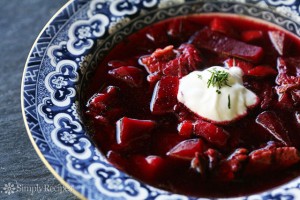 So just as words can take on new meanings, changes to flavours and cooking practices mean beloved foodstuffs can adopt contemporary styles and preferences. It seems that whilst traditions may be rooted in the past, they’re certainly not stuck there: recently we’ve welcomed in to our lives and bellies the gastronomic feats of haggis pakora, alcohol-free beer and the health-defying pastry hybrid that is the cronut.

Traditions are created by taking from the past to benefit the future. It’s not just about looking back, but about building something greater from what you already have. (Perhaps with the exception of the cronut, which I suspect may only lead to heart disease.) So upon reflection, I think making ‘traditions’ the first month of the Year of Food and Drink in Scotland was spot on. After all, what better way to start could there be than taking stock of what’s in Scotland’s larder and forging new traditions from that. Haggis cronut, anyone? 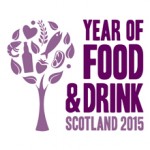 This is the first in a series of blogs reflecting on the monthly themes of The Year of Food and Drink in Scotland.