March’s theme for The Year of Food and Drink is ‘brewing and distilling’ and apparently, it’s 5,000 years since brewing began in Scotland. But it’s far more recently that the trend for craft beer has gone “hopping” mad: two-thirds of the 80 breweries in Scotland have been running for less than 10 years. Stalwart stouts and dependable lagers can still be found, but you can expect to see them alongside APAs, lambics, doppelbocks and barleywine. Craft beer may be seen as ‘hipster’ right now, but ready your glass, because a beverage renaissance is coming to the boil.

Of course, soup has been part of Scottish food culture for thousands of years too. And like beer, it can adapt to myriad variations. The likes of Masterchef have already brought fancy liquid foodstuffs such as jus, veloutes and consommes in to our homes. And with its innovative flavours, perhaps our very own Union of Genius, Scotland’s first dedicated soup cafe, has sown the seeds of change for soup consumption. Craft soup bar, anyone? 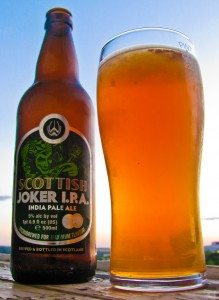 Don’t hold your breath. Instead, try some of these flavour-matched beer and soup pairings. You could try sloshing the beer in the soup, but it’s probably best to savour each element separately. For best results, let your soup cool a little, and get your beer out of the fridge 15-20 minutes before drinking.

In case you’re not sold on combining beer and soup, start with these classics of each type.

Just Good Lentil and Joker IPA (5%; Williams Bros Brewing Co). Try rounding off this traditional, savoury, buttery soup with a crisp, hoppy IPA from Williams, in Alloa. Fizzy like a lager with a more floral nose, it’ll cut through the rich simplicity of the soup like a thirst-quenching knife.

Butternut & Bacon and Rye O’ Rye Red Rye Pale Ale (5.6%; Alchemy). One of my favourite soups, Butternut and Bacon is silky, creamy and piggy. Wash it down with this beautiful amber ale from Livingston-based Alchemy, which can match the soup’s depth of flavour thanks to the addition of rye grains during brewing. 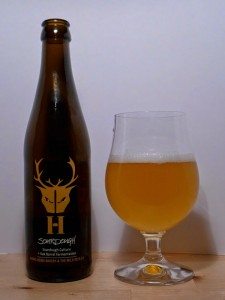 If you’re feeling more adventurous, give these two Great Taste Award winning soups a whirl with these two outstanding beers.

Soup of the Arabian Nights and Sumac Me Feel Like a Natural Saison (6.3%; Pilot/Elixir collaboration). Pilot are based in Leith, just around the corner from our commercial kitchen. They teamed up with Livingston’s Elixir to produce this stunning bright pink saison, a refreshingly spicy, yeasty beer style. Think of it like a dry white wine, tart with a hint of hibiscus and the citrus-flavoured berry, sumac. Pair it with the exotic Arabian Nights, which contains rice, lentils and 9 different herbs and spices – including sumac.

Sweet Potato, Coconut & Tamarind and Sourdough (3.6%; Wild Beer co). A fruity soup with a slightly sour tang from the tamarind, Sweet Potato is well complemented by Sourdough. It’s full-bodied with woody characteristics, brewed in the style of a Berliner Weisse – a cloudy beer fermented with lactic acid. Wild Beer make it with a 58-year-old sourdough yeast from a bakery near their brewery in Devon. Who needs to dip bread in their soup when they can drink it instead? 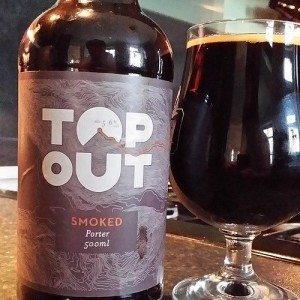 Hungarian Goulash and Smoked Porter (5.6%; Top Out). Beef, tomato, peppers and smoked paprika: Goulash will always win me over, especially on a cold day. Enjoying some with this porter – smoky, gingery and reminiscent of a light-bodied red wine – makes for a harmonious combination. And I think the Top Out brewers Moo and Mike, out in Loanhead, would agree too!

Cream of Mushroom and Cauld Reekie stout (6.2%; Stewart’s). Mushrooms always stand proud as a flavour, whilst often effortlessly bolstering the overall flavour of a dish. Stewart’s, also based in Loanhead, have made a superb stout that does the same. It’s more than the sum of its parts, with a dark, robust flavour that will measure up to the richness of the mushrooms.

If you like the sound of these combinations, Union of Genius has a limited number of recipe cards available in the cafe – just pop by and ask for one. Make yourself some soup and stock up on the beers, subject to availability, from one of Edinburgh’s excellent bottle shops. Try Cornelius on Easter Road, Drinkmonger on Bruntsfield Place or Beer Hive on Rodney Street. As you know, we love to recycle and reuse, so are big fans of Growler Beers on Morningside Road too.

This is the third in a series of blogs reflecting on the monthly themes of the Year of Food Drink in Scotland. Read January’s on tradition and February’s on the food of love.

Images courtesy of The Ormskirk Baron, Beer Notes and Flickr